For many years there have been only 2 products available to users who require an Anti-Freeze product to protect their systems i.e. Ethylene Glycol or Propylene Glycol.

Why do we need an alternative?

Ethylene glycol is moderately toxic, with an oral LDLo = 786 mg/kg for humans. The major danger is due to its sweet taste, which can attract children and animals. Upon ingestion, ethylene glycol is oxidized to glycolic acid, which is, in turn, oxidized to oxalic acid, which is toxic. It and its toxic byproducts first affect the central nervous system, then the heart, and finally the kidneys. Ingestion of sufficient amounts can be fatal if untreated. Several deaths are recorded annually in the U.S. alone.

Antifreeze products for automotive use containing propylene glycol in place of ethylene glycol are available. They are generally considered safer to use, as propylene glycol does not taste as good and is converted in the body to lactic acid, a normal product of metabolism and exercise. glycol has been used for many years as the freezing point of water is depressed when mixed with propylene glycol owing to the effects of dissolution of a solute in a solvent (freezing-point depression). In general, glycols are non-corrosive, have very low volatility and very low toxicity; however, the closely related ethylene glycol (a key ingredient in antifreeze) is toxic to humans and to many animals.

However, Propylene glycol is known to exert high levels of biochemical oxygen demand (BOD) during degradation in surface waters. This process can adversely affect aquatic life by consuming oxygen needed by aquatic organisms for survival. Large quantities of dissolved oxygen (DO) in the water column are consumed when microbial populations decompose propylene glycol.

Sufficient dissolved oxygen levels in surface waters are critical for the survival of fish, macro-invertebrates, and other aquatic organisms. If oxygen concentrations drop below a minimum level, organisms emigrate, if able and possible, to areas with higher oxygen levels or eventually die. This effect can drastically reduce the amount of usable aquatic habitat. Reductions in DO levels can reduce or eliminate bottom feeder populations, create conditions that favour a change in a community’s species profile, or alter critical food-web interactions

NOW THERE IS AN ORGANIC ALTERNATIVE! 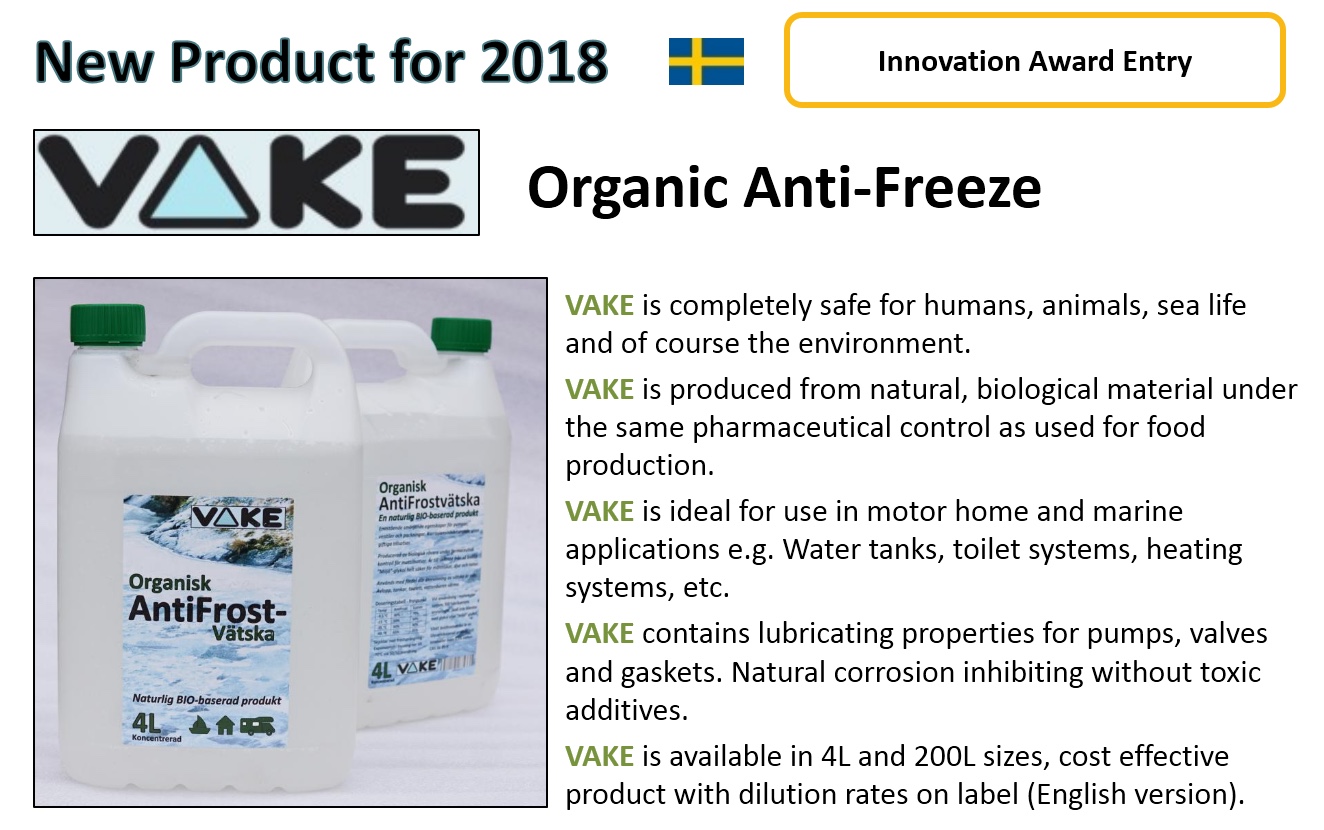 VAKE is now available in the UK as a 4L container or in a 200L barrel. Please contact us for further details of quantity palletised deliveries for the coming season.

Note: When used in non-circulating systems, VAKE Antifreeze protects down to -70C at 50/50 blend